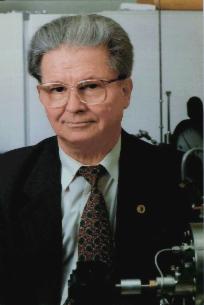 Dr. Yuri Makogon had more than 50 years of experience in education and research for the oil and gas industry. He joined the Texas A&M University in 1993 and the faculty in 1995, where he organized the Gas Hydrate Laboratory. He was the author of seven books on gas hydrate problems (four of which have been published in the USA), and he holds 29 patents.

Dr. Makogon had designed original equipment and had been conducting research on the kinetics and morphology of gas hydrates with thermodynamic and kinetic inhibitors. He was studying phase behavior of natural gas-water systems under high pressure and low temperature in static and dynamic conditions. Dr. Makogon had done the very first research hydrate formation and dissociation in pore space and prepared basic recommendations for gas production from hydrate fields. He was developing effective methods for the prevention and removal of large hydrate plugs in wells and pipelines.

Dr. Makogon was a Member of the Russian Academy of Natural Science. Before coming to Texas A&M University, he had already played a major role in the elimination of large hydrate plugs in pipelines in Western and Eastern Siberia, the Ukraine, Uzbekistan, Czechoslovakia, and the North Sea. He was Director of the Institute of Hydrocarbons and Environment from 1991-1998, and had been the first chairman of International SPE, Moscow Section from 1991-1993.

The 1965 paper presents a method to overlay hydrate curve on geothermal profile (in Russian).

The 1961 paper describes hydrates self-preservation phenomenon at temperatures below 0 °C.

May 15, 2020 marks the 90 years since the birth and 64 years of the scientific and social activities of Yuri F. Makogon.

Yuri Makogon has passed away. Correspondence may be sent to: tmakogon@hotmail.com